It all began on what felt like a normal Saturday morning. I had a stack of parts collecting dust and the weather was finally starting to cooporate! Today was THE day!

I started by pull the rear end out of my SquareBody Suburban. Thankfully, I was able to install the rear end from my donor parts-truck, an '89, so I haven't lost the ability to drive. After cleaning the worst of the 3 decades of grime off the rear end, I hauled it into my garage. 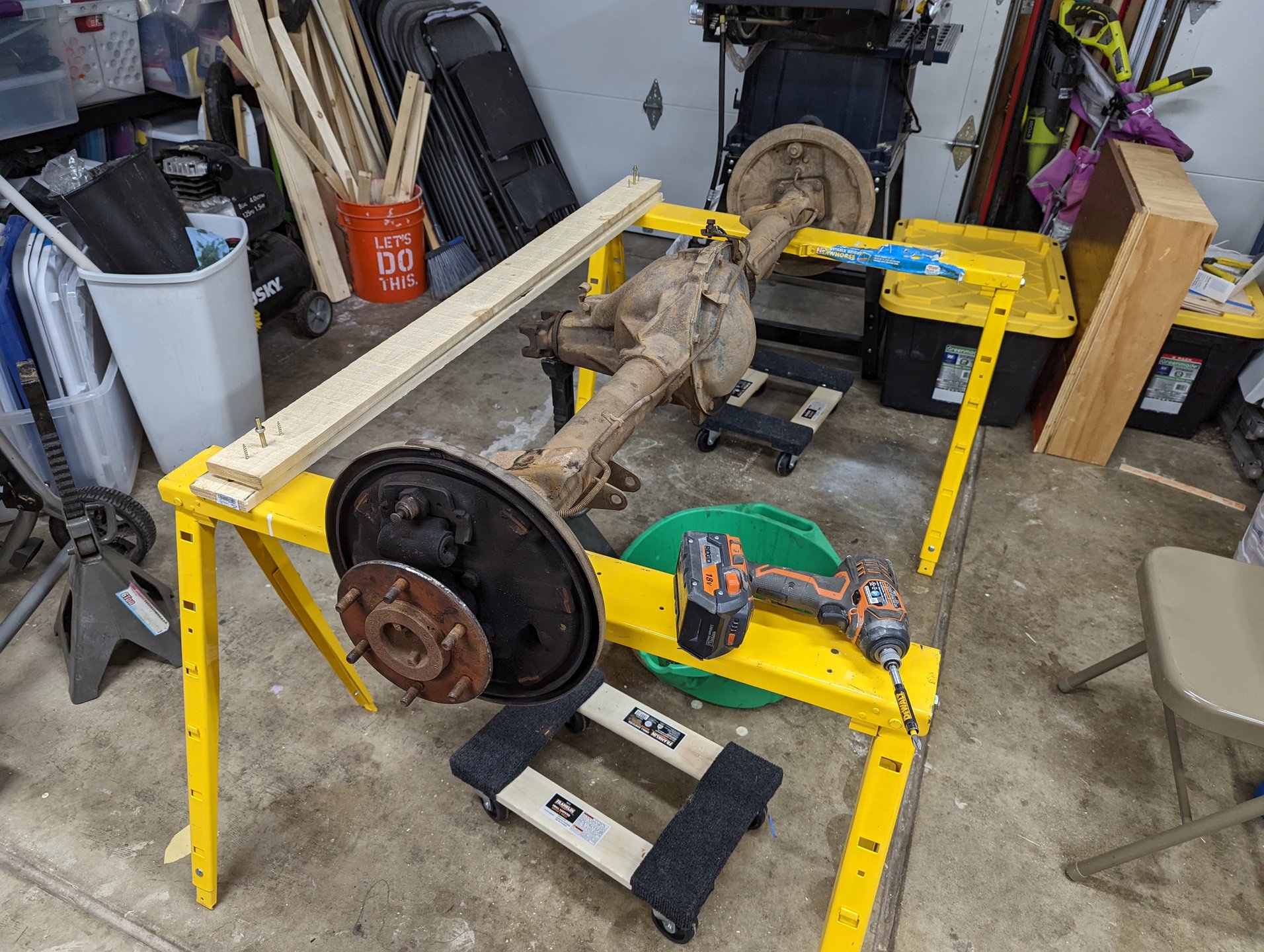 I pulled the bolts off the diff cover and begain draining it, inhaling the sweet auroma {sarcasm} of burnt gear old. That's when the real fun started with a solid PLUNK... at which point I discovered this lovely hunk of metal: For those not familure with automotive mechanics, chunks of metal discovered floating around inside any part of your car is NEVER a good thing!!!  And it just got worse!

If you look at the blury drain pan, you can see the sheen and shimmer of metaI. Next, found a nice chunk missing from the carier: 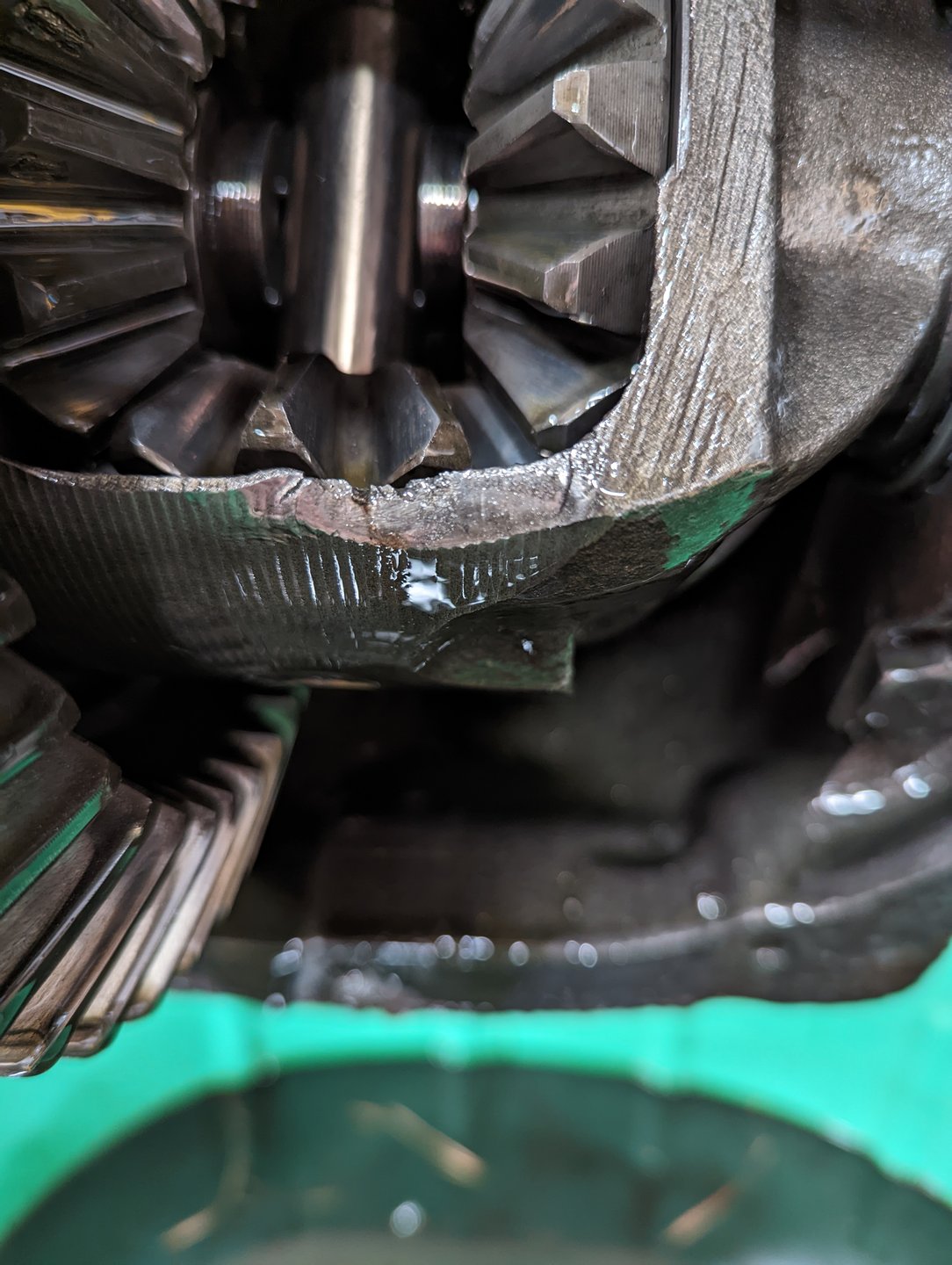 Another small chunk missing from the inner axel tube 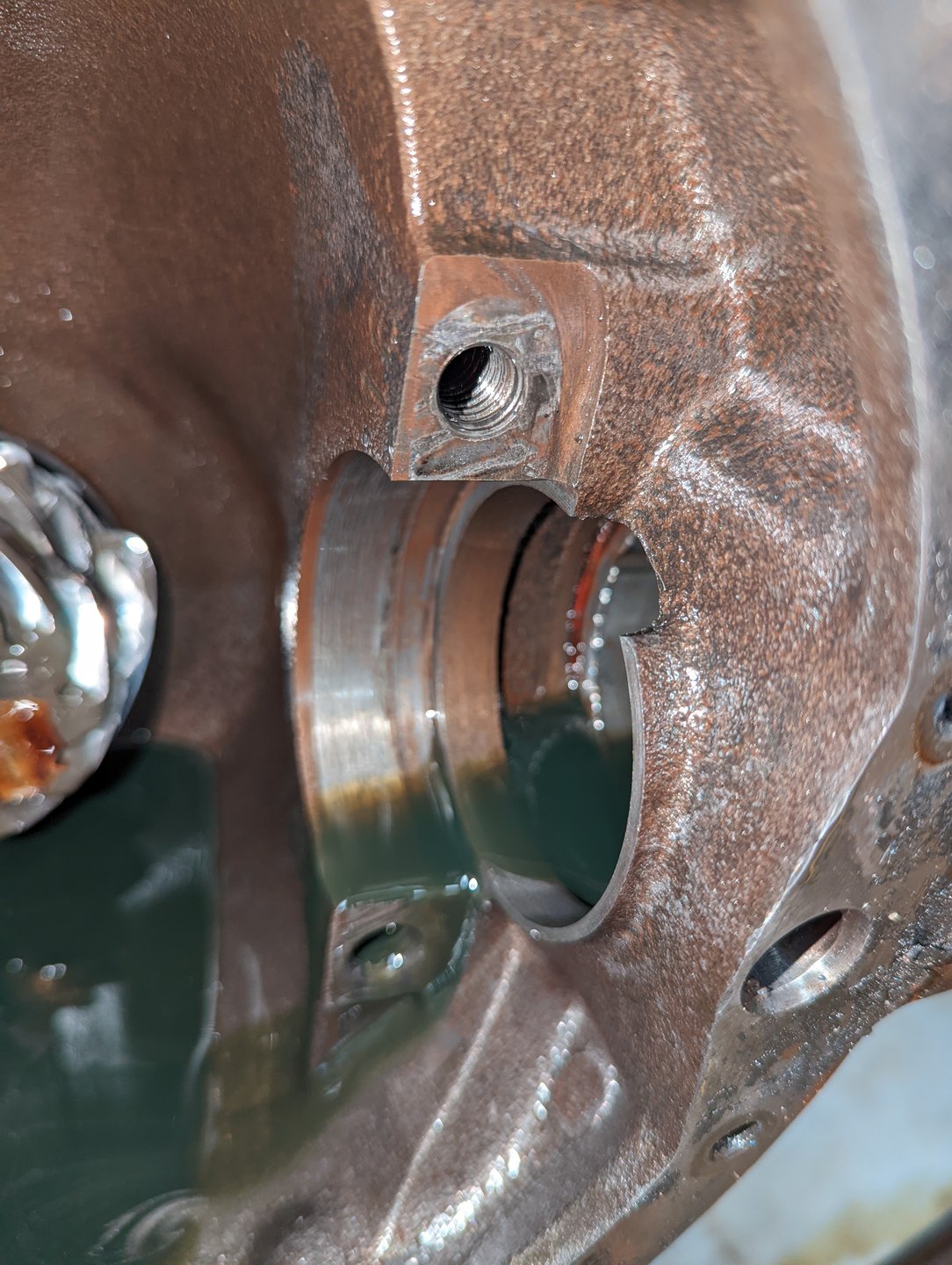 In the end, I discovered a total of 3 broken teeth from the pinion gear!!! 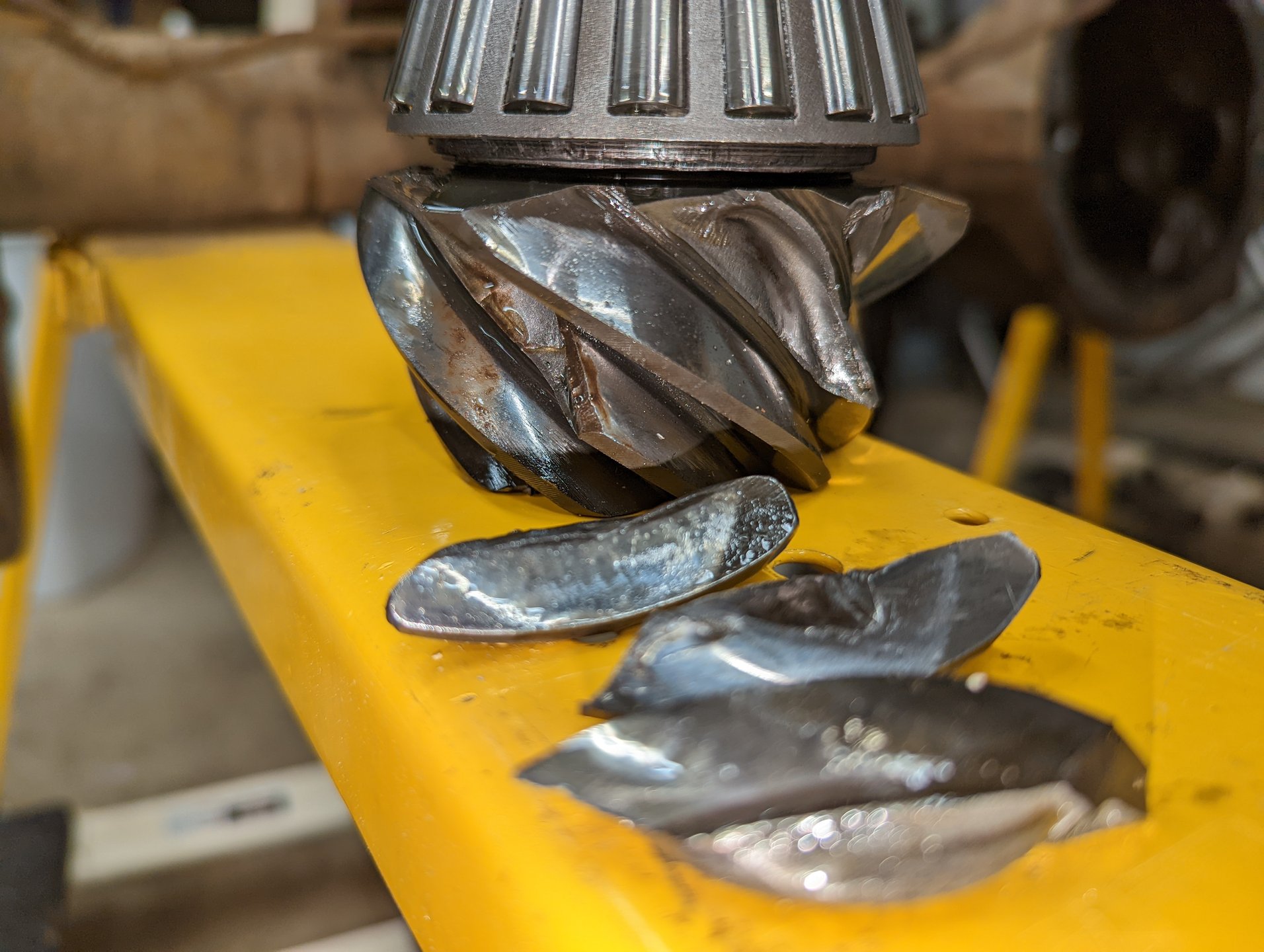 My only question is, how in the world was this thing still driving?!?

Thankfully, after some careful inspection, it looks like the core is still viable! I finished tearing everything down, used copious amounts of break clearn, degreaser and several wire wheels. In the end, I've got an axel ready for paint and re-assembly.

It just goes to show, when you are wrenching on a 30-year-old gmc square body suburban, or any square body for that matter, you never really know what you are going to find! 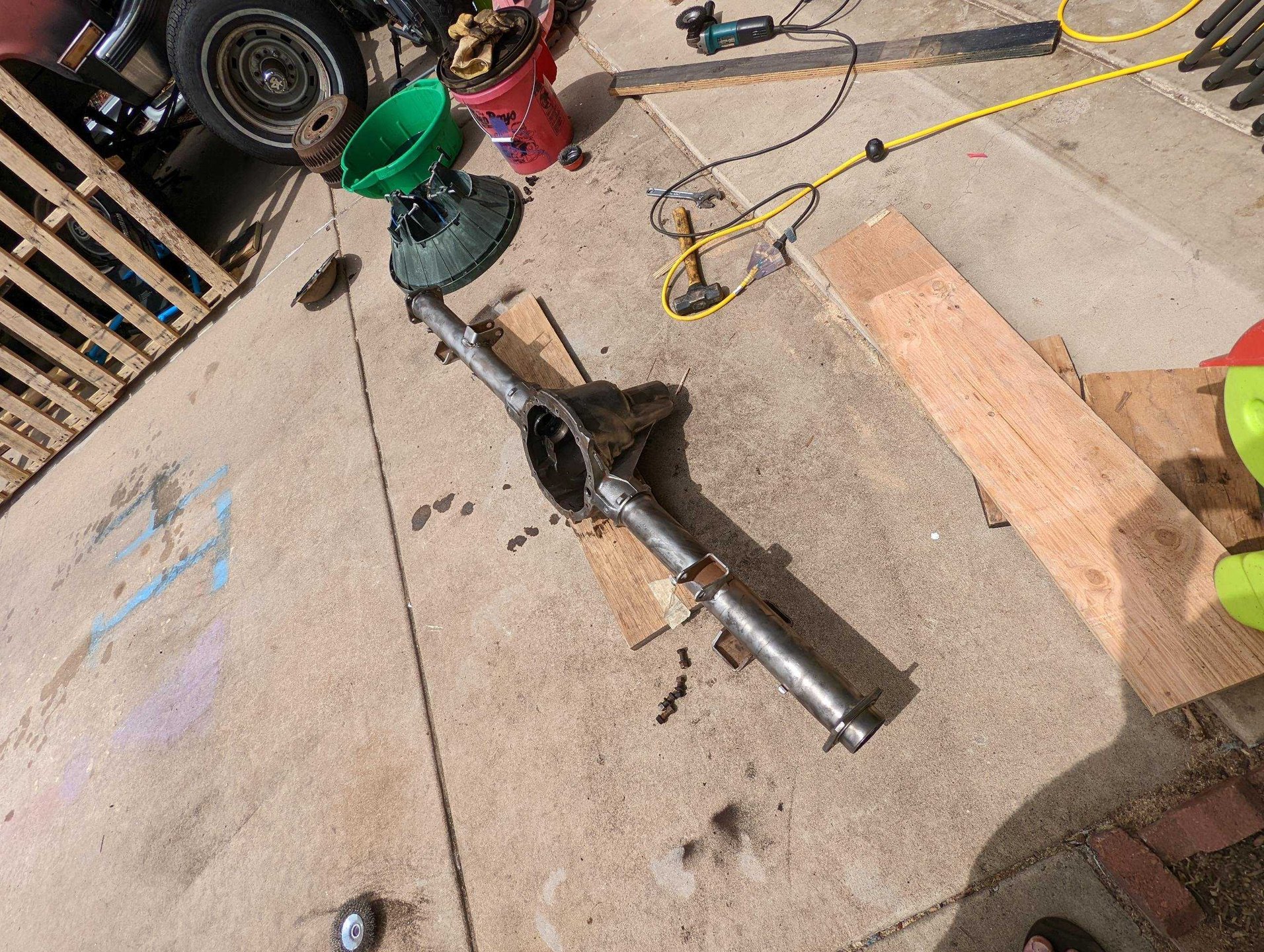 More to come as I begin the rebuild process!

Your experience on this site will be improved by allowing cookies.